You are here: Home / Real Weirdos / Woman Charged With Forcing Ex to Have Sex at Machete-Point 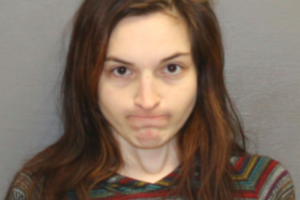 GREAT  FALLS, Montana — A machete-wielding woman broke into her ex-boyfriend’s house and forced him to have sex with her before peeing on his bed, police said.

Samantha Ray Mears, 19, had forced her way into her ex’s home Friday evening and lay in wait for him with the machete. When he came home, she hopped out from behind the bedroom door, brandishing the weapon, police said.

She then held the blade to his neck and ordered him to undress and get onto the bed, the Grand Falls Tribune reported. She then took off her pants and climbed on top of him. Mears held the machete in her hands the whole time they had sex.

Afterwards, the man tried to push Mears off him, prompting her to bite his arm and continue trying to have sex with him.  In a fit of rage, she tore a piece of the trim off the wall and then urinated on his bed, cops said.

The man’s sister soon came home, but her text messaged her to leave. He then pretended to call a friend, but dialed 911 instead to call for help.

Responding officers noted that Mears appeared to suffering from some form of mental illness. She was charged with aggravated burglary, assault with a weapon, unlawful restraint, partner family member assault and two counts of criminal mischief.

In April, she was charged with strangling the same boyfriend during a fight. The pair have been involved with each other for seven years.