You are here: Home / Drunk + Stoned / Worst Driving Instructor Ever Charged With Driving Drunk During Lesson 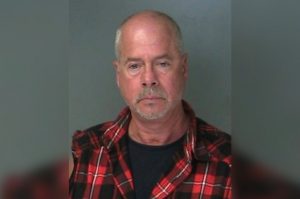 RIDGE, New York — Do as I say, but definitely not as I do.

A Long Island driving instructor was arrested after his four teenage students called 911 after they grew nervous that he was driving drunk, police said.

Russell Cohen, who was working as a substitute teacher for the Suffolk Auto Driving School, was arrested after the students managed to get him to pull over at a McDonald’s at about 11 a.m., according to the Suffolk County Police Department.

The teens said Cohen had been behaving erratically and saying inappropriate things to the female students in the car, so they asked a restaurant employee to call 911, Newsday reported.

When the kids didn’t come out, Cohen sped off and  crashed into the rear end of another car less than an hour later, authorities said.

The 29-year-old driver of the other car was taken to the hospital with non-life-threatening injuries. Cohen, 58, was not hurt, but was charged with aggravated DWI and three counts of endangering the welfare of a child.