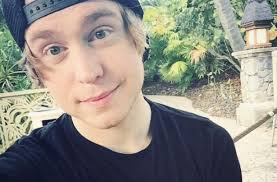 CHICAGO — Austin Jones, a musician and YouTube star has been hit with child pornography charges for allegedly talking underage fans into sending him sexually explicit videos.

The 24-year-old pop singer, who resides in Bloomingdale, Illinois, has hundreds of thousands of followers on social media, most of whom are young girls, and his YouTube videos are routinely watched millions of times.

Federal prosecutors say he is charged with talking two 14-year-old girls he met on Facebook into sending him video of them exposing their private parts while twerking for the camera and talking about how young they are.

“Get super close and say these lines: hey Austin, it’s (name) and this butt is (age) years old and then make it clap for 30 seconds. Got it?” he was quoted in the indictment as telling one of the victims.

To the second victim, Jones was quoted as saying: “Think about how amazing that would be for you!! To have your favorite singer spanking your ass!” He then said, “If you’re lucky, maybe I’d let you suck my d**k.”

Jones was arrested on Monday at O’Hare International Airport in Chicago and was set to go before a judge on Wednesday to face two counts of producing child pornography. He faces between 15 and 30 years on each count.

In 2015,  a petition circulated demanding Jones be removed from the Warped Tour for allegedly soliciting underage girls to send him twerking videos. He later apologized to fans, saying in a post on Facebook that he had gone into therapy and that he never “intended to mistreat or humiliate anyone.”